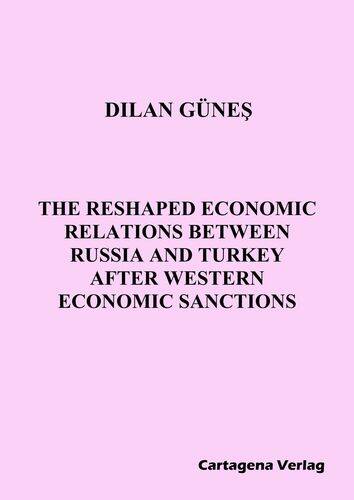 The effects of the economic sanctions imposed by the West on Russia and Turkey have direct implications for the balance of power in the region and globally. Therefore, this paper aims to examine how did economic sanctions (re)shape the economic relations between Russia and Turkey. In doing so, the paper applies explanatory sequential mixed methods. First, logarithmic regression model was conducted by time series data over the period ranging from 1992 to 2018. The paper confirms that economic sanctions imposed on target countries that already have trade relations increase the bilateral trade between them, especially for Turkish case. Subsequently, content analysis was conducted reviewing annual data starting from 1992 but mostly focusing on 2014-2018 period.

The analysis shows that because the sender countries are important trade partners in the target countries, to counterbalance the effects of economic sanctions target countries choose to diversify their trade. According to the results, Russia diversified towards Asia and Central Asia while Turkey increased its trade with the EU which is mutual ally of the US and Turkey. Excluding the 2015 plane crisis between Russia and Turkey, the Western sanctions imposed on both countries increased the bilateral trade between them. However, these two countries are the first choice of each other when it comes to trade partner diversification.